How Freelance Designers Use Social to Fight Plagiarism

Last December, South African designer Jordan Metcalf received a tip that a Brooklyn-based company had stolen one of his designs. Sure enough, DMQ New York, an online retailer, was selling a shirt with a graphic that looked almost identical to an image he created for the cover of Popular Mechanics. The only changes were a few tweaks to the text.

“I have seen work that I felt may have used this piece as inspiration in the past, but never so blatantly that I felt it merited action on my part,” Metcalf said. “I understand that inspiration can come from various places, and some designers reference the work of others, but this goes way beyond that.” 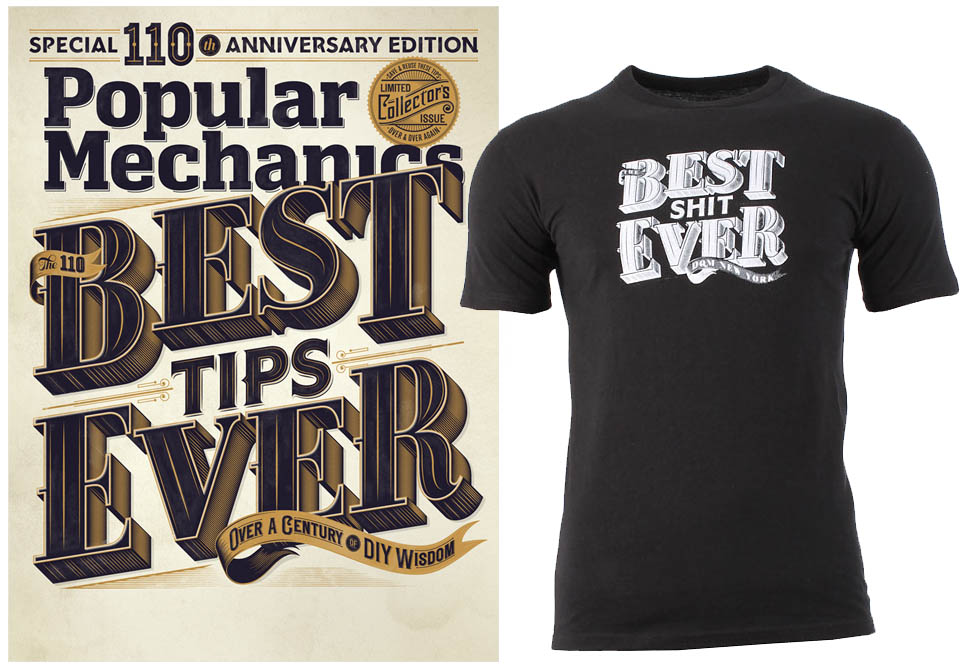 Metcalf asked DMQ New York multiple times to take the copied design down from their website, but they never obliged. So, he turned to Twitter.

“I noticed that they removed the design from their online store after about two hundred and fifty retweets, dozens of mentions, and tens of thousands of people seeing the story via Twitter,” he said. “It is incredibly sad that multiple earnest efforts to reach out to them privately were ignored because the morality of the situation hadn’t become a public relations mess for them yet.”

Metcalf isn’t the only one calling out brands on social media for illegally poaching designs. Last fall, San Francisco-based illustrator and designer Lisa Congdon pushed for a campaign against major retailers that were buying pieces resembling her work from wholesale company Cody Foster. Congdon’s public protest led to tangible results: In October, West Elm pulled all Cody Foster products—as did Anthropologie and Fab.com—and publicly cut all ties with the company in a blog post.

Brooklyn designer Jon Contino claimed pressure from social media has always worked to solve his copyright issues. “Everyone has dealt with it on some level,” he added. “It’s that underdog kind of feeling.”

In 2012, retailer Forever 21 sold a shirt featuring an image very similar to one of Contino’s designs. It wasn’t long before he called his supporters to action via Tumblr: “Forever 21 has ripped me off. Normally I wouldn’t get this upset, but this design in particular was made for my wife as a gift so it really hurts to see it stolen. If you feel so inclined, let them know via Twitter and Facebook that artists will no longer stand for this nonsense!”

His post received more than 1,400 notes before it was taken down, and the resulting barrage of complaints was enough for Forever 21 to reach a settlement with Contino. 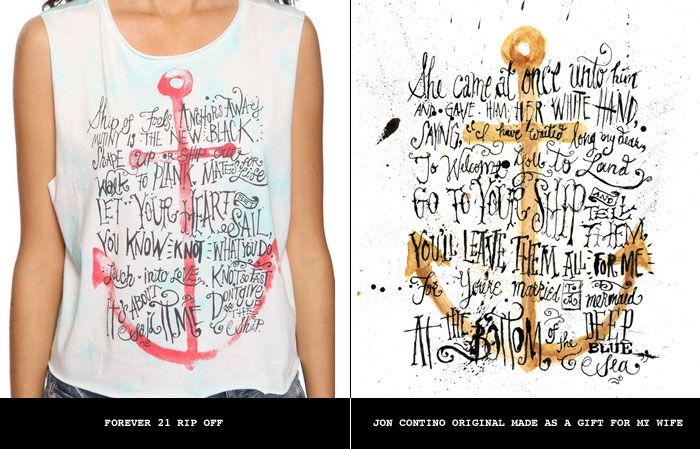 “All I have is a Twitter account,” Contino said. “What do you think I have, a back room of 20 lawyers?”

Most freelancers may not be able to afford to take legal action when their work is stolen, but as these examples show, the court of public opinion is more than capable of serving justice—for free.

Does the ABC Test Already Exist in Your State, and Could It Harm Your Career?