Sitting Pretty: The Ergonomics and Economics of Office Chairs

Everyone who sits in front of a computer should take note: It’s been shown crappy office chairs create a slew of back issues, and many people aren’t properly trained to use a chair’s features for better support.

Finding a chair that won’t force you to become a regular at the chiropractor’s office isn’t too complicated, but it may require a little research. Here’s what a few of the freelancers who work in Studiomates, Tina Roth Eisenberg’s coworking space, had to stay about their seats: 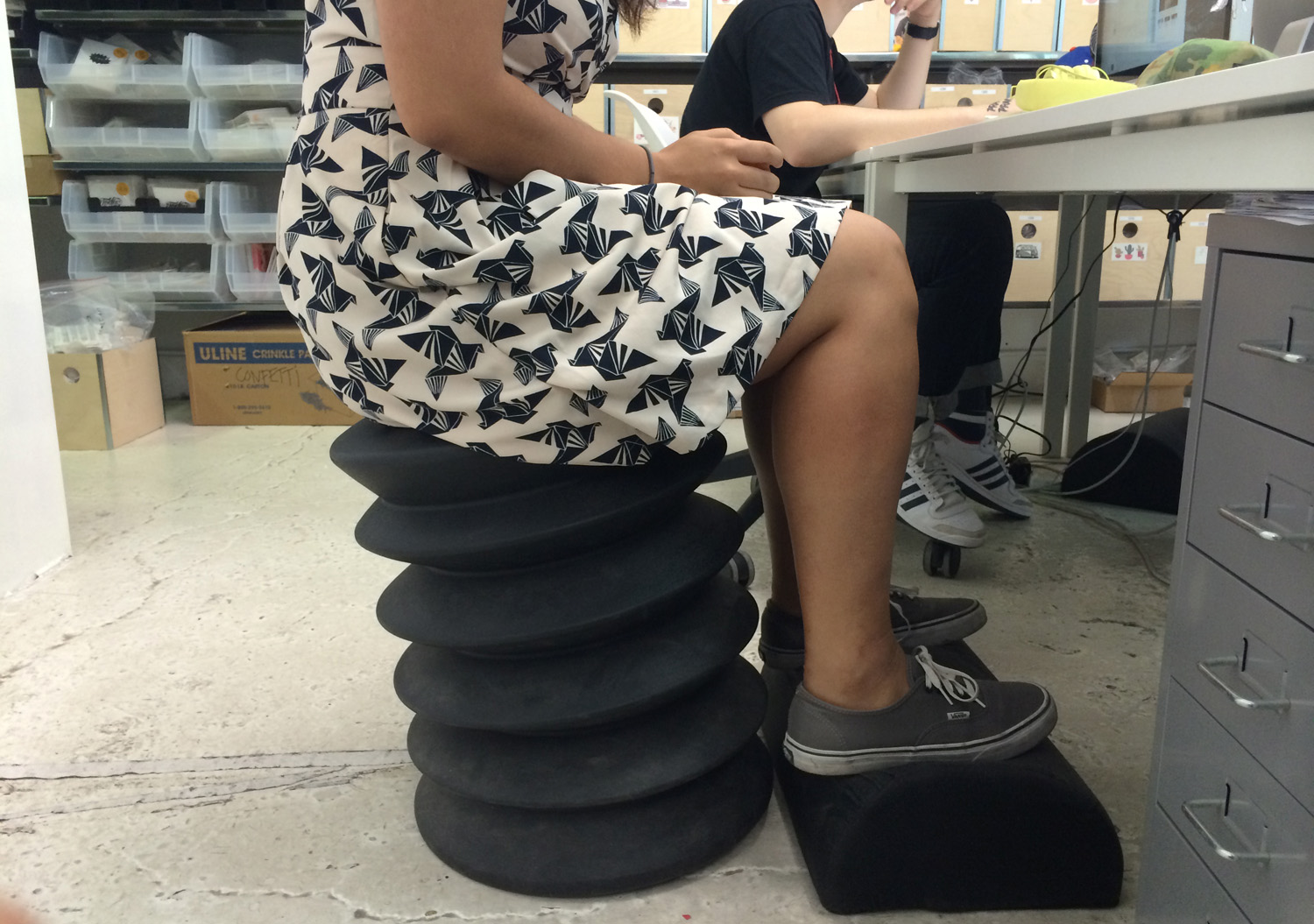 The ErgoErgo is a backless, armless, two-foot-high stool created by industrial designer Alan Heller. Because it doesn’t use back or side support, it forces you to build your core strength and improve your balance.

“At first, it was hard to get used to and I feel like I was slouching a lot,” said Kate Matsumoto, a designer. “But having the footrest has helped a lot to even me out. I really like it.” According to her, the $100 investment has been a big improvement from her last office chair. 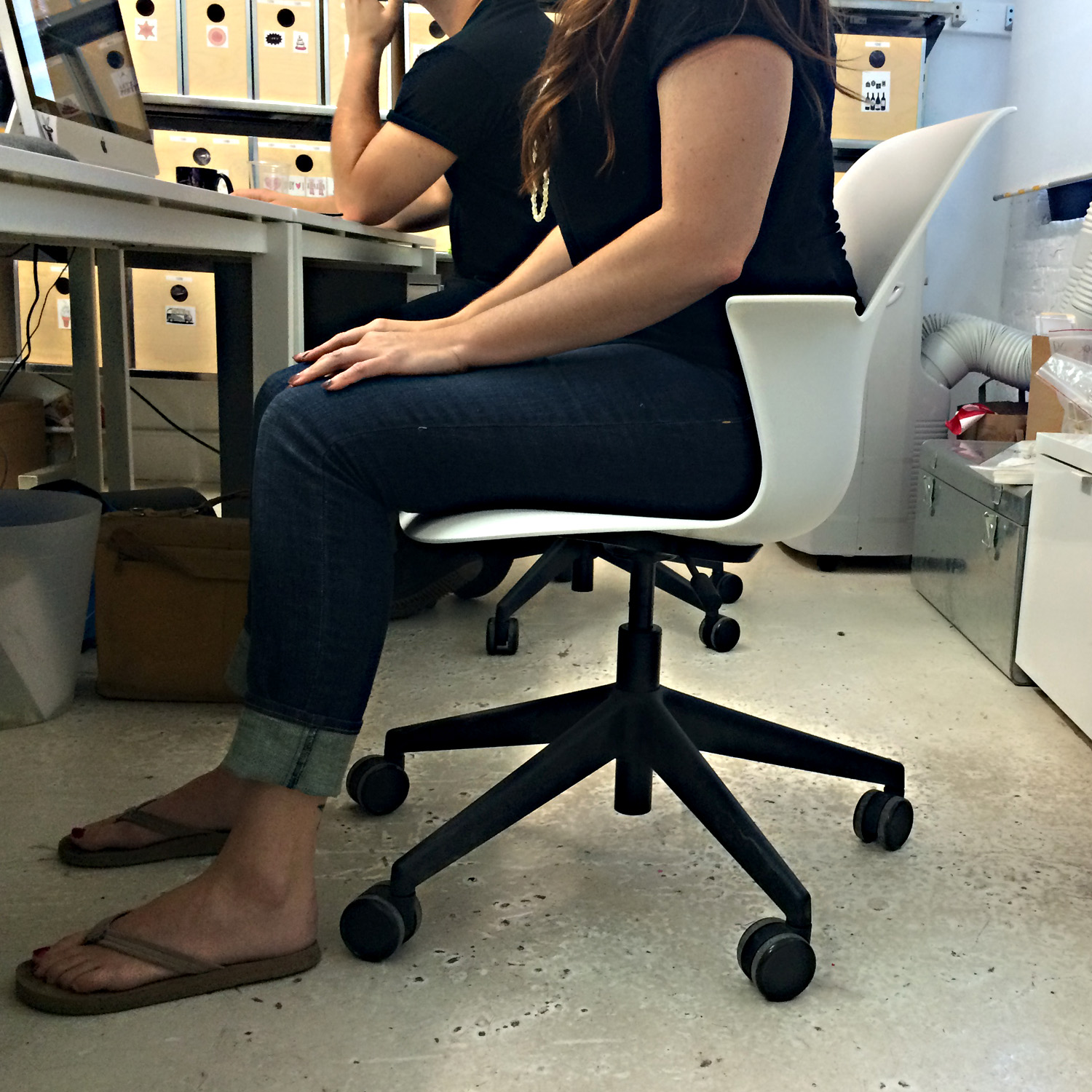 Steelcase, an office furniture company, makes a number of chairs, one of which is the Node 5-Star. At $399, the Node is made out of flexible plastic and is designed for easy maintenance.

Karen Steinecke, an illustrator, actually started with an ErgoErgo but found she needed a little more support. “ErgoErgos are cool, but when you sit for five to six hours, you realize you need a back and arms.” Steinecke has used the Node for nearly six months and reported relatively no back issues. 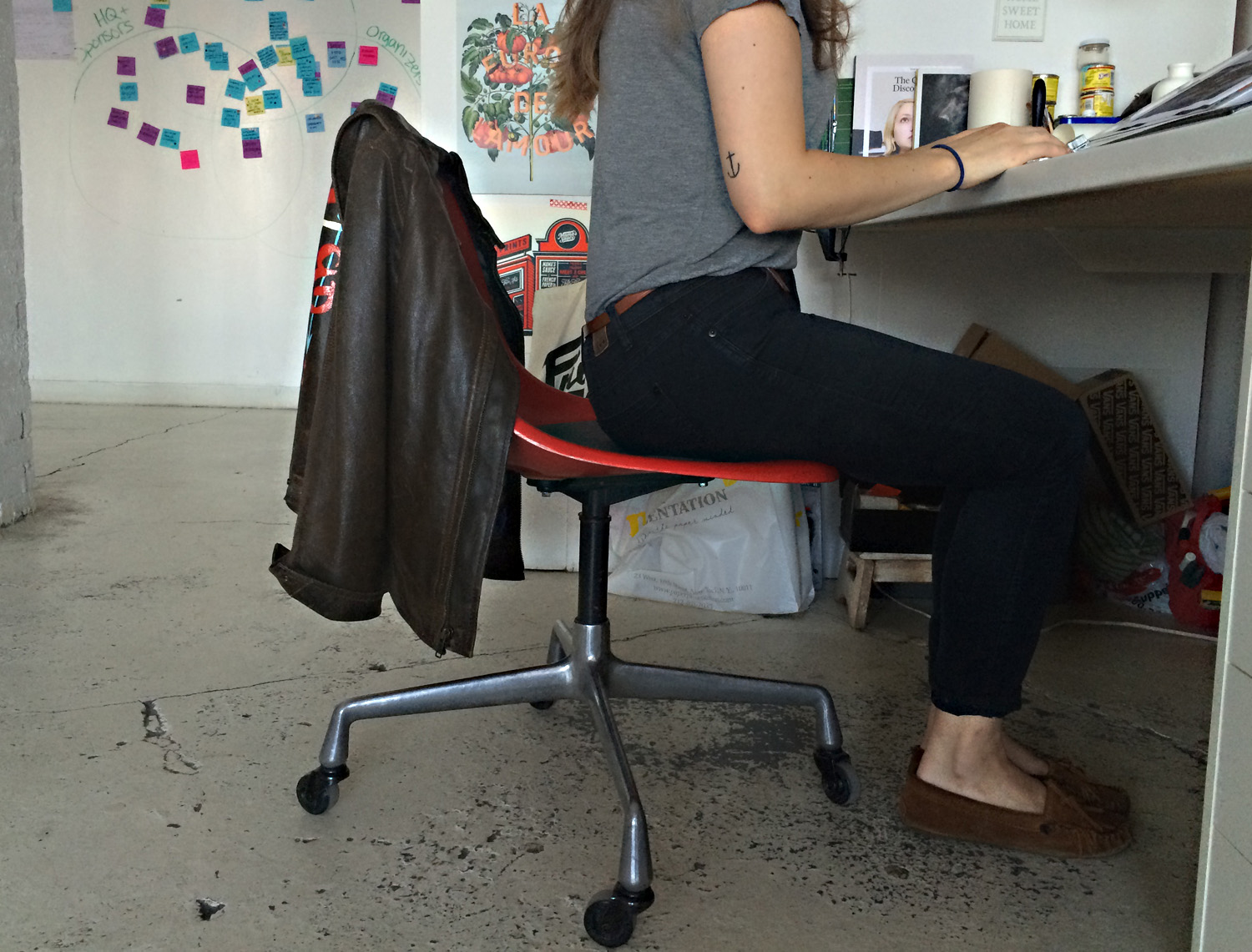 Originally manufactured in 1950, the Herman Miller Eames molded fiberglass chair was meant to be a one-size-fits-all durable office seat. In 1989, the company had to discontinue the chair because the fiberglass shell was damaging to the environment. However, last year, the company was able to develop a more sustainable way to manufacture the chair and is now trying to revitalize the seat’s status.

Jen Mussari, an illustrator, explained that her particular chair with the rolling base is still discontinued, but “if you want to buy one, you should look at Modernica in Los Angeles.” The chairs with a rolling base start at $375, though if you want an authentic Herman Miller Eames chair, they cost between $379 and $888 at Design Within Reach. Mussari mentioned that while stylish, the chair isn’t always super comfortable, and might need additional padding. 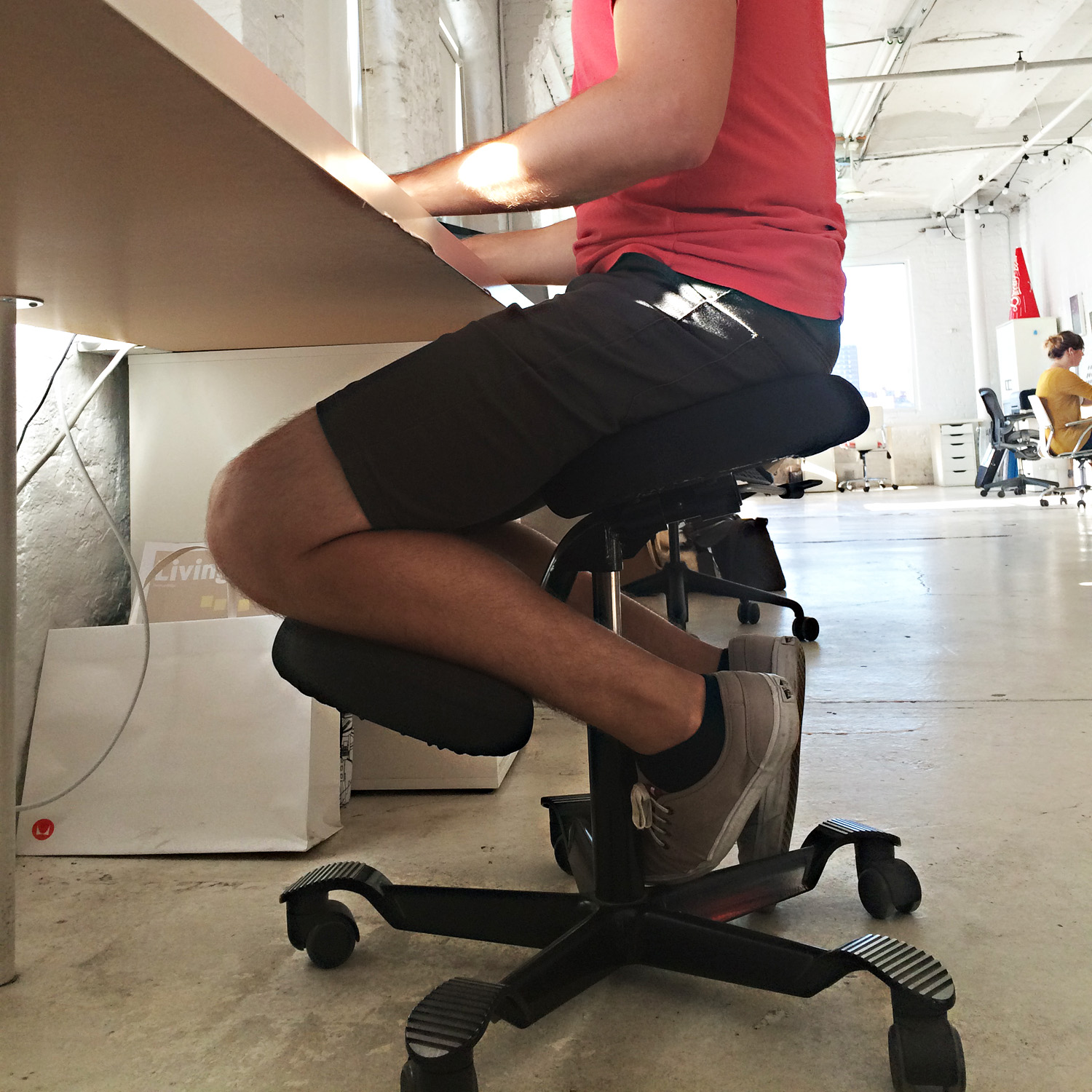 Ergonomic kneeling chairs are meant to keep the spine curved and the body loose. Like the ErgoErgo, the Håg Balans chair claims to strengthen core and back muscles as you balance your body on the chair; nlike the ErgoErgo, however, the Håg Balans was designed to challenge sitting at a 90-degree angle, and studies have shown that kneeling chairs may help support the spine’s lumbar curvature.

“I was at a design studio in Baltimore, and they had Herman Miller Aeron chairs which killed my back,” said Jonnie Hallman, a designer and developer. “My dad always had a kneeling chair, so I decided I needed one too.”

Hallman added that the original designed by Peter Opsvik, is another chair that’s no longer in production, though the company Varier sells a similar Opsvik product for $625. It may be expensive, then again, so is a chiropractor.

Figuring Out Rates—With a Little Help From My Friends