Do You Live in One of the Best Cities for Freelancers?

If you could freelance from anywhere in the world, where would it be?

How about Lisbon? Or maybe Miami? How does Seville sound?

According to a new study by Dutch freelance platform Hoofdkraan.nl, those three cities are the best in the world for freelancers. Portugal was named the best country to be a freelancer. Overall, Europe and the North America dominate the top 10.

Dhaka, Bangladesh, did not fare as well, placing last in the list of 117 cities. St. Petersburg, Beijing, Kathmandu, and Lagos rounded out the bottom.

Internet speeds, housing prices, safety, workspace availability, freedom of speech, quality of life, and 17 other factors all determined the final rankings. The company noted in a press release that if you hate paying taxes, the UAE is the place to go (the country doesn’t collect income tax). And if you’re a Starbucks nut, Seoul has way too many (284 in total, about 3 per 100,000 Seoul residents).

Check out the rest of top 10 in the infographic below. 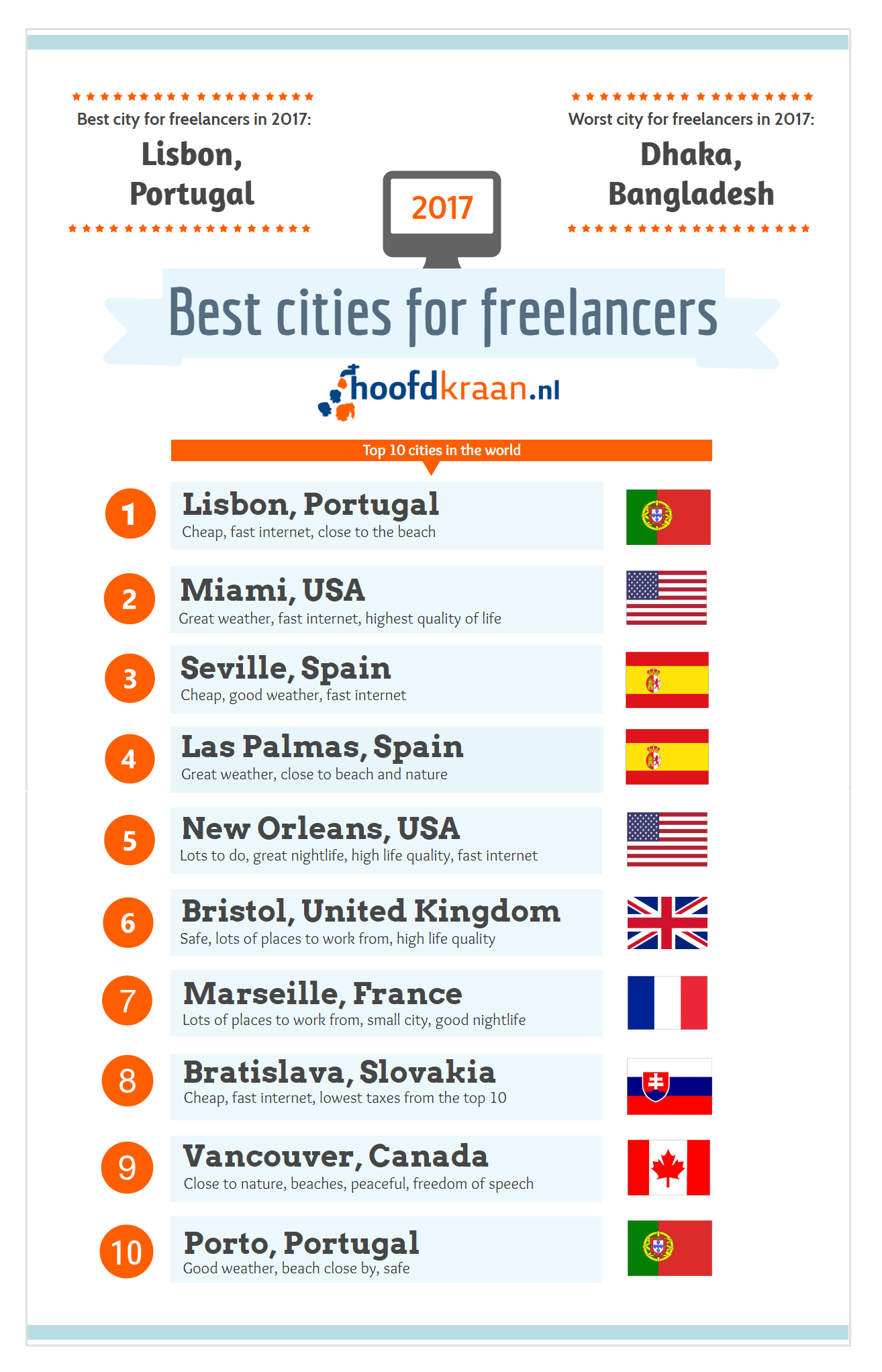