Seattle is great for coffee—the original Starbucks is there. So, too, is Chicago, if only because you need a steaming cup o’ joe when the icy winter wind whips off Lake Michigan to freeze man and beast and car alike.

But there’s only one New York.

And in the coffee kingdom that is New York, lower Manhattan, by which I mean below 14th Street, reigns supreme. Given the area’s standing as the historical locus of creative types—think of the Beat Generation in Greenwich Village, and, later, the Beatniks in the Lower East Side—it’s no wonder there are coffee shops everywhere.

Some, admittedly, are terrible for freelancers, lacking in space and food options and—gasp—even Wi-Fi. But the coffee shops below, all of which have free Wi-Fi, lots of outlets, physical space, good music, a variety of food options, and great coffee, do not suck. They are, in my opinion, the best coffee shops for freelancers in lower Manhattan.

Chinatown may not be known for coffee shops, but 12 Corners is a cozy, caffeinated, aromatic gem. The place doesn’t have much seating, but each small table is near an outlet, and a wall of books adds a nice literary touch. Its distinguishing feature is the green tea latte, which looks like pea soup but tastes like a not-overly-sweet jolt of antioxidants and energy. And the latte art is impressive. 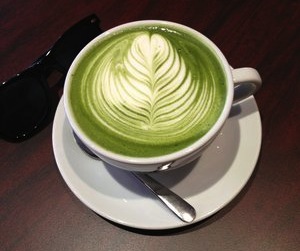 Nestled just off of Washington Square Park and across from the East Village’s St. Marks Church-in-the-Bowery, Third Rail’s locations are tucked amidst some of Manhattan’s hippest neighborhoods. While the locations are small and often packed with studying NYU students, the large windows promise plenty of inspirational people watching for those lucky enough to snag a table.

A small drip coffee will cost you a reasonable $2.25, with a small latte weighing in at $4.25. Third Rail also boasts plenty of treats from local bakeries like DOUGHNUT PLANT, Blue Sky, and Ovenly. Slinking into Black Cat is like entering an 18th-century salon. There’s the requisite low ceiling with age-scarred wooden beams, exposed brick and wood-plank walls, and an ornate writer’s desk that sits behind a saggy leather chair. A grandfather clock stands next to hand-painted signs that say “Hot water with attitude” and “Lost your mind? Not our problem”–the snarky messages punctuated by the coffee shop’s stylized black cat logo.

Black Cat’s coffee is cheap by NYC standards, with a 24-ounce iced coffee going for $2.75, and the space is never overly crowded. As with the salons of yore, however, it hums steadily with lively conversation. So either bring headphones, embrace the louder-than-normal-coffee-shop vibe, or join the discussion. 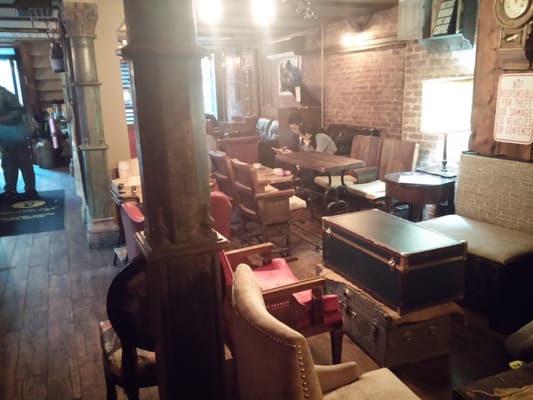 Okay so yes, Fresco is technically a gelateria, but that’s an added bonus if you ask me. The coffee at Fresco lives up to any NYC coffee snob’s (my) standards, and its cozy tables are not nearly as packed as some of it’s more popular neighbors. With its minimalist, open atmosphere, Fresco is free of distractions and is, in my book, the perfect place to plant yourself for an afternoon of writing. The gelato is spectacular to boot, and Fresco offers savory snacks like avocado toast and bagels if you want to make a whole meal of it. At Grounded, the bagels are made in Greenwich Village, the organic dairy is from upstate New York, the small-batch cookies are baked in the Tri-State area, and the raw-milk cheddar cheese is made by the Amish in Pennsylvania. The focus on supporting local businesses extends to the homey coziness of the place itself, replete with a variety of plants and saggy couches and a floor-to-ceiling bookshelf. As one Yelp reviewer put it, “You feel that you are sitting in someone’s garden.” 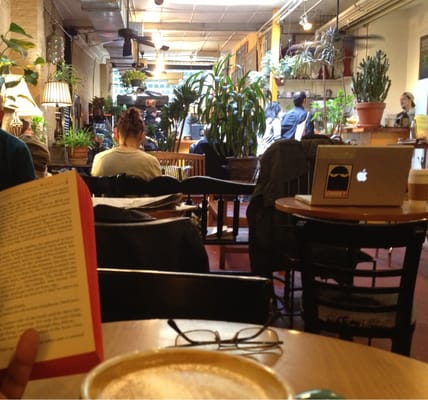 Ground Support’s seating consists solely of chipped, faded picnic benches. When crowded, the place is akin to a summer park picnic, with every available space on the wooden benches taken. The music is so upbeat and ’80s that I imagine the synth baselines being played by a neon-laden dude named Raphael de la Ghetto while Fresh Prince of Bel-Air-era Will Smith jives in the background. The Wi-Fi is among the best of any coffee shop I’ve been to, and the space is very bright but not obnoxiously so—just enough to keep your energy levels up and make reading print easier. (Do people still do that?)

In close proximity to NYU, Stumptown is a perpetually busy haven of young people entranced by their Macbooks or buried in textbooks. The atmosphere is one of frenetic bookishness, and the décor, with large windows and dark wood moldings that evoke the turn of the century, is pleasantly classy. Most importantly, the coffee—espresso, drip, cold brew, you name it—is superb.

Stumptown hosts daily tastings at 2 p.m. at its Brew Bar, hidden toward the back. It’s a speakeasy for caffeine. 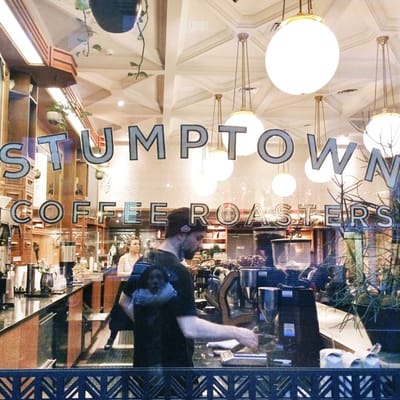 The best part about The Bean—besides its overwhelming number of vegan options, abundant outlets, impossibly cheery baristas, and literary-themed drinks like the Nutella Fitzgerald—is that it’s open until midnight.

The one unfortunate part about The Bean is that the bathroom would embarrass even the sleaziest ’70s-era Times Square bar-cum-crack-den. 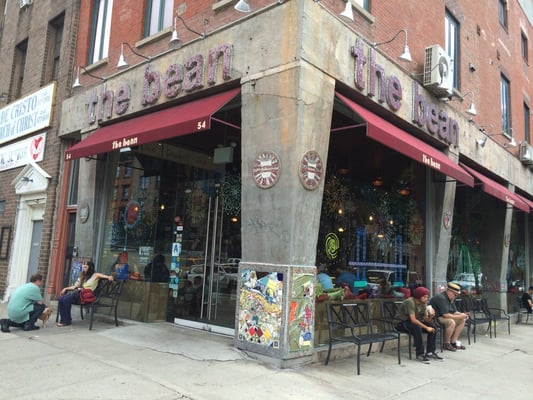 Each of the five Think Coffees scattered around lower Manhattan—Union Square, Meatpacking, Bowery, Flatiron, Greenwich Village—is spacious and lovely, a hotbed of students and professionals working, writing, and reading at the many tables for hours on end. Some even host literary readings and Scrabble tournaments. Three of the locations, however, don’t offer Wi-Fi, but let’s be honest: The Internet is often more of an enemy than a friend, especially when you’re under a tight deadline. So choose your Think Coffee spot wisely. 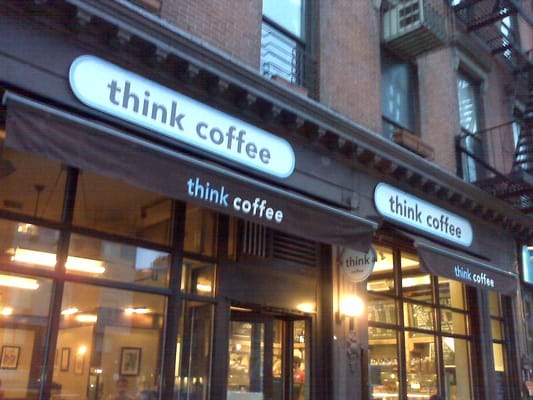 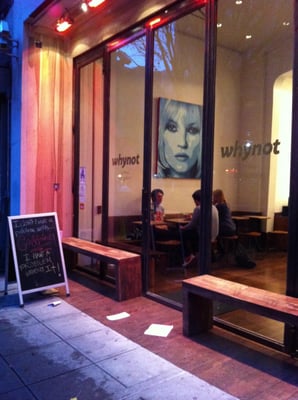 Whynot coffee is an airy, artsy spaceship of caffeine and wonder and outlets everywhere. With abstract portraits and Pop Art-esque paintings by local artists adorning the walls, it almost doubles as a modern art exhibit. And with a central wooden hub of coffee and baristas and food and modern espresso machines—circled by a ring of inward-facing leather couches and individual wooden tables sized just so for one’s elbows and laptops—it almost feels like the Millennium Falcon. The ceilings are at least 15 feet high. Outer space comes earthward.

Whynot becomes a bar—with a D.J.—after 7 p.m. on weekends and seemingly random weekdays. The Wi-Fi is fast, but sometimes it cuts out briefly if the place is packed. If you want to work in the Millennium Falcon of coffee shops, that’s the one shortcoming you’ll have to deal with.

Updated 4/24/18 to reflect coffee shops that have since permanently closed.

5 Creative Freelance Niches to Explore in 2022