LinkedIn can be a fantastic place to advertise your services and find work, but, in some cases, it can also be a job network that people just don’t understand.

We’ve all seen those profiles that shouldn’t be real—the kind that ruin the person’s chances of getting a gig as soon as an employer decides to do background research. And if you haven’t, you probably don’t spend nearly as much time as I do browsing the profiles of random people on LinkedIn (an extremely underrated way to pass the time, if you ask me).

Here are eight LinkedIn mistakes that job-seekers actually make. Learn from them, or risk ending up on a list like this. 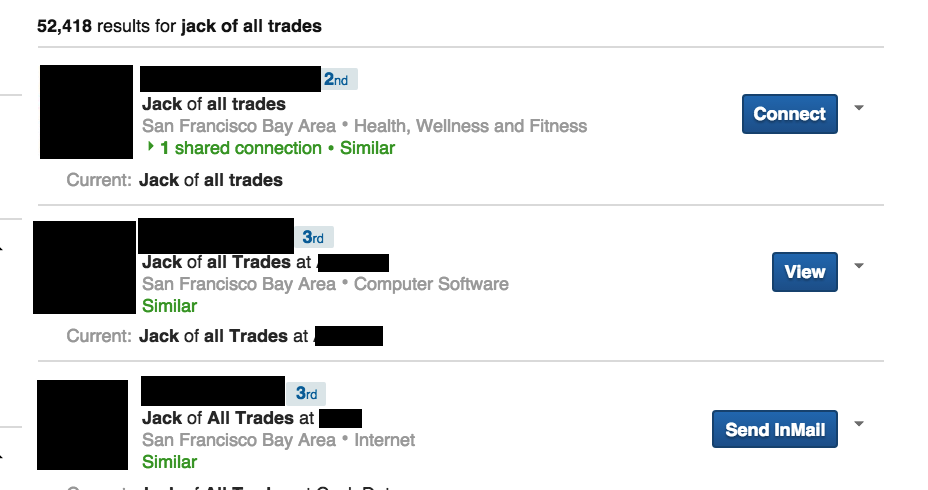 As you can see, 52,418 people on LinkedIn list their profession as “jack of all trades.”

Yep, over 50,000 people claim that they’re highly qualified professionals in everything. In other words, they’re liars. And they’re not going to get a job. Who wants to hire someone who’s kind of okay at a couple of things? No one. Instead, focus on one particular skill that you excel at.

2. Not using your real name 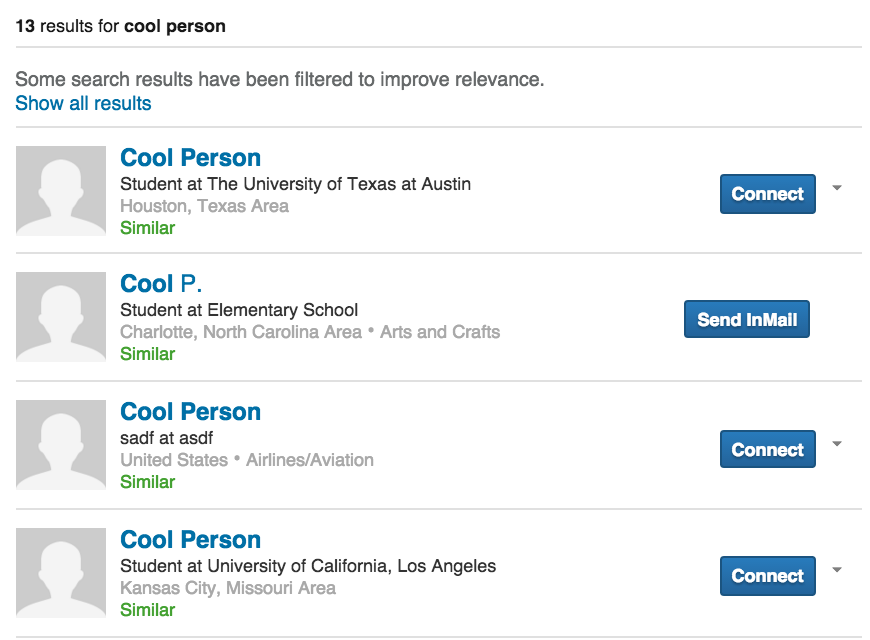 Thirteen people on LinkedIn are named “Cool Person.” They will remain jobless forever.

This isn’t Facebook, everyone. You actually want people to find your profile. That means spelling your name correctly, too, CaRyN.

Side note: Having a terrifying ventriloquist dummy in your profile picture probably isn’t a great idea either. 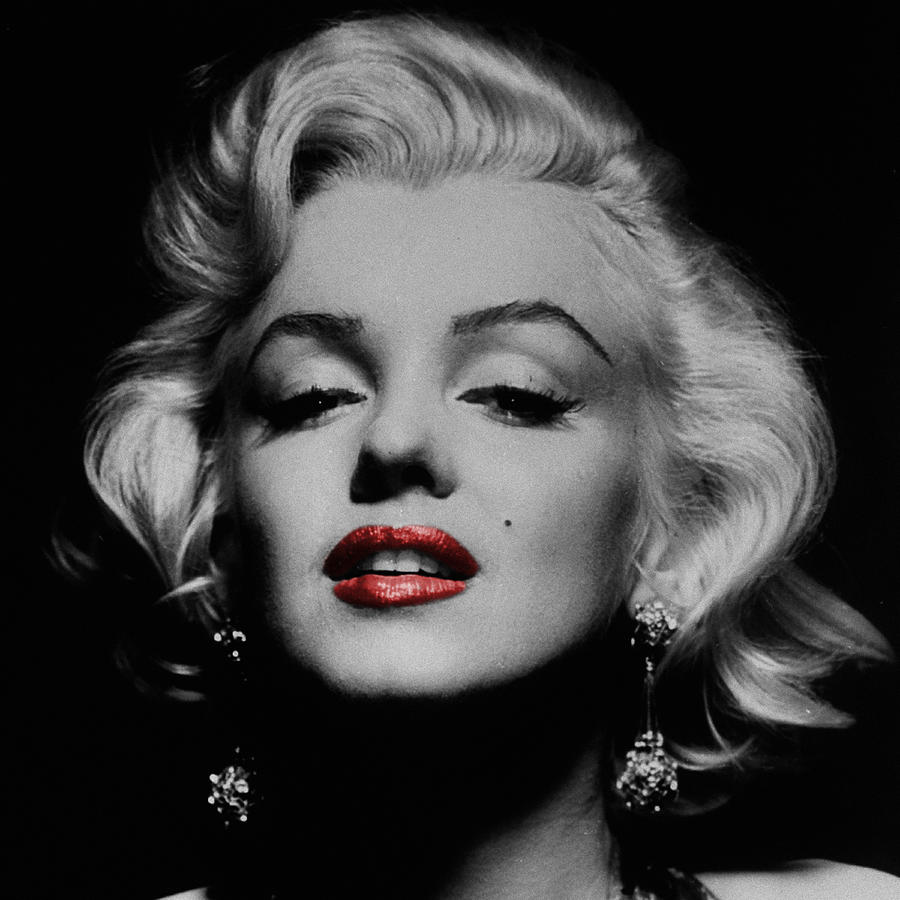 Someone on LinkedIn has Marilyn Monroe as his profile picture. And he’s a businessman. Who works in oil. Either he is not taking his online presence seriously, or he has no idea how to be professional in a digital space.

No employer wants to hire a picture of a sunset or a cartoon character—they want to see the real human being who they’ll potentially work with. So use your real photo.

4. Listing way too many job titles

This woman’s job description reads “Brand Ambassador/Oncology Esthetician Student/Model/Multimedia Artist/Bartender/Freelance Agent/Talent Scout.” No joke. Similar to being a “jack of all trades,” this kind of profile forces people to assume you’re not particularly great at any of these roles.

Don’t make any of these weird profile picture choices put together by Giorgio Minguzzi in a LinkedIn Pulse post.

Seriously, no bikinis. No drunk smiles. No santa hats. If your photo makes it difficult for someone to imagine you in a professional environment, scrap it. Instead, find a friend with a good camera, put on a suit jacket, and smile. You don’t even need to wear pants!

The line under your name on LinkedIn is the online equivalent of a first impression. So take it seriously. A Marilyn Monroe quote about shoes isn’t going to cut it.

No, Domestic Goddess is definitely not a job title. And you definitely don’t do it all.

Everyone embellishes their résumé a little bit, but I think it’s safe to say that “Bad mother f*cker” is not a job title that anyone has ever had, at any company, ever.

Same thing goes for this person who has a fondness for curse words and hats. If you try and make your job titles funny, people will think that you’re lying about your employment history altogether. Or maybe the industry you’re in doesn’t care, in which case, why are you on LinkedIn in the first place?

8. Putting nonsensical jargon in your summary

Employers want to know that you have the skills to do fantastic work. If your personal summary doesn’t specify how you’ll actually accomplish anything, they’ll skip right over you.

Calling yourself a “dynamic leader” or claiming to have a “proven track record of high accomplishments” means nothing if you can’t back your claims up with facts.

According to William Arruda on LinkedIn Pulse, you shouldn’t write your summary with your ego in mind. Instead, focus on how you want potential employers to feel when they look at your profile. Hirers should be convinced that you can add value to their company. However you prove that, whether it’s with awards or data, you want to highlight how you can help in tangible ways.

Oh, and whatever you do, don’t compare yourself to Jesus:

Why I Freelance: Wealth and Status Weren’t Worth My Life